After 69 years of hopes and efforts by his family, USN Seaman Third Class Gerald G. Lehman’s remains were finally identified and sent back to Hancock, MI, his home town. He died aboard the Battleship USS Oklahoma, BB37, along with 429 others, when stuck by multiple torpedoes that opened up her side. The ship quickly capsized and settled to the bottom. She would not be righted and refloated until January, 1944, allowing salvage personnel to finally recover missing sailor’s remains, which for lack of means to identify at the time, were buried in mass graves. 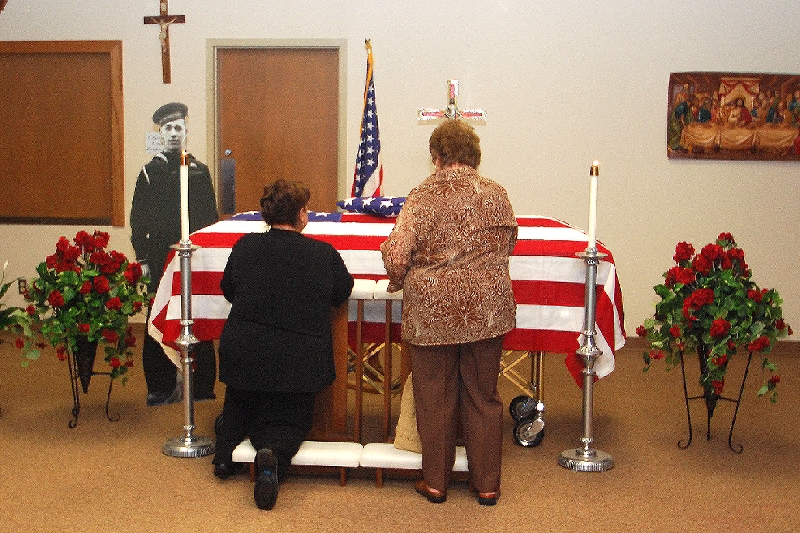