Photo 1: HANCOCK DIVISION, U.S. NAVAL RESERVE FORCES, FIFTEENTH DIVISION, 1941. Taken on Thursday, March 20th, 1941, the day the Unit shipped out on the Copper Country Limited (train) for Great Lakes, IL and active duty. Following further training at Great Lakes, they would ship out for San Francisco, where many would serve on the USS Mount Vernon (AP-22), a former cruise ship (the SS Washington) recently taken over by the Government to serve as a troop transport. She and the Hancock Reservists would be entering Cape Town, South Africa, when the Japanese struck Pearl Harbor on Dec. 6, 1941 (it was 3pm in South Africa), with a load of thousands of British soldiers from Halifax, Nova Scotia, taken on board four weeks earlier, . The Mount Vernon would unload the troops on Jan. 12 in Singapore, in an extremely perilous operation, narrowly missing being sunk or severely damaged by mines and Japanese bombers, leaving Singapore Jan. 16, just ahead of advancing Japanese columns. All the thousands of "Tommies" she left off, would be killed or go into captivity. Many would be slave labor on the infamous Bridge on the River Kwai. ( From San Francisco on 2 June, 1941, to San Francisco in April, 1942, the Mount Vernon would sail around the world in a 64,00 mile voyage, visiting 16 ports of call, in the opening days of the US involvement in WWII ). Photo 2: HANCOCK DIVISION, U.S. NAVAL RESERVE FORCES, 1924. Photo 3: HANCOCK DIVISION, U.S. NAVAL RESERVE FORCES, FIFTEENTH DIVISION, 1937-38. 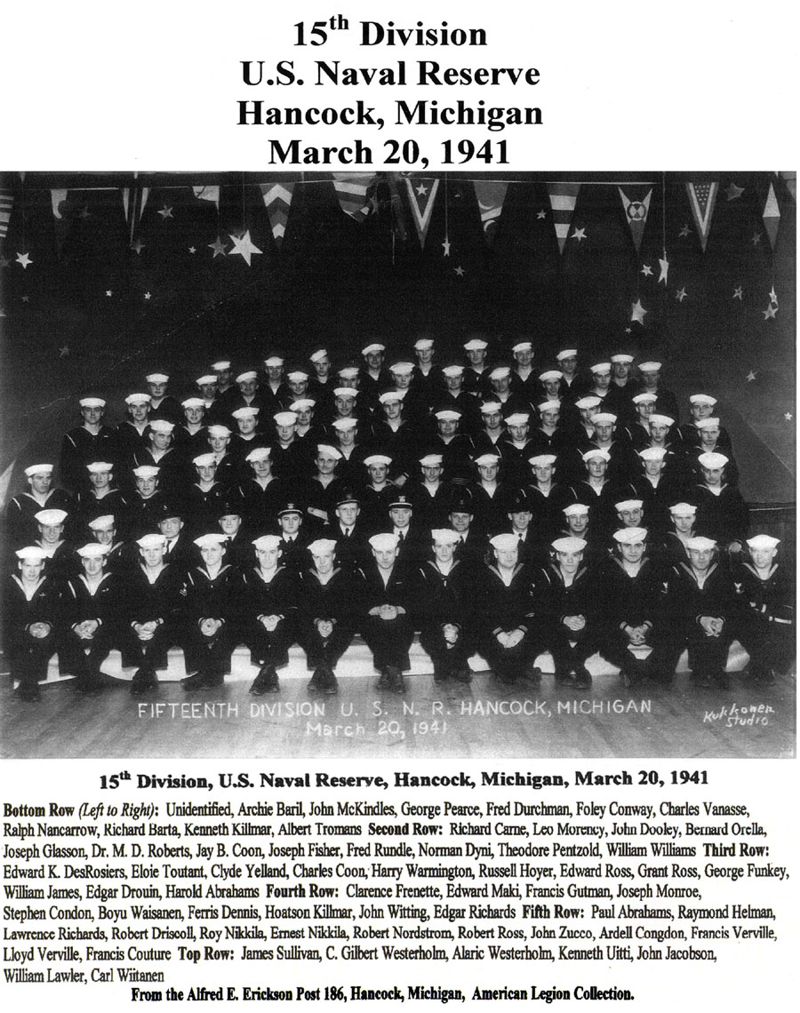